The Friends of Eddy Relish by Paul Dalzell and Gerard Radley

I received a free copy of this book in exchange for an honest review. 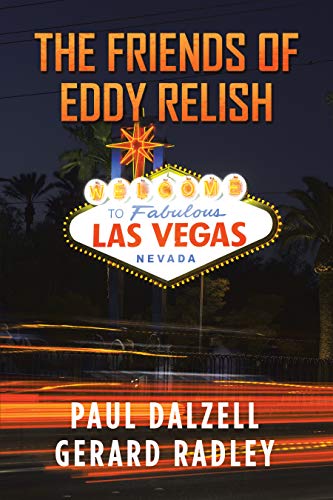 Failed Hollywood actor Eddy Relish falls into the hands of bible-quoting gangster, Bill Blake and must become a drug mule. Eddy is menaced not only by Bill Blake but also by Abdul Madbul, an Albanian super-spy turned Islamist terrorist. A chance encounter in Paris makes Eddy the only person who can identify this terrorist. Cynthia Tzin, whose Hollywood bar is a front for Chinese intelligence, rescues Eddy. She offers Eddy a Faustian pact: become a Chinese intelligence asset, and she will protect Eddy and help rebuild his Hollywood career. Eddy’s first assignment is simple—become a star again and bait a trap set to catch Madbul. The trap is set at a Las Vegas party hosted by a Chinese billionaire. Madbul and Bill both appear at the party to collect their dues from Eddy. Cynthia’s abilities are put to the test to ensure Eddy emerges alive and unscathed from this ordeal.

‘The Friends of Eddy Relish’ is the latest story from the pen of British-born author, Paul Dalzell, this time in association with a friend, whose pen name is Gerald Radley. The book is nicely presented and is written in the past tense, with the action being seen through the eyes of multiple characters. The chapters are all short with the action continually switching continents. The spelling is American English, which is just about acceptable for Eddy’s transatlantic scenes because he has spent time in Hollywood but seemed a bit incongruous for the English characters living in London. This, of course, will not bother an international audience but did irk this pedantic Brit.

We first meet the hapless Eddy when he’s in a spot of bother with Bill Blake, a psychopathic gangster who enjoys ‘well regimented anarchy’ and is never short of a bible quote to justify his actions. Footnoted references direct the reader to the passages concerned and I commend the authors for their diligence in this regard.

Eddy’s ignominious entrance certainly gives the reader an instant insight into his character. A faded Tinseltown star who has returned to the UK, only to find himself in one scrape after another. This time he has surpassed himself and has not only come to the notice of Bill, who wants him to become a drugs mule to finance a business venture, but also of Abdul Madbul, a terrorist who intends to set up a cell in the UK. He needs to avoid these ruthless men to stay alive. Cynthia Tzin from Chinese Intelligence then makes him an offer he has no choice but to accept. She has fingers in many pies and can pave the way for Eddy to reinvent himself in Hollywood, in an attempt to trap and neutralise Abdul. Meanwhile, Bill is still at large and desperate to take revenge on Eddy for his part in Bill’s unedifying demise.

We meet some very interesting and well-defined characters along the way, from the Morse-like Chore, driving his vintage car and listening to classical music to the staunch socialist, Fred Starling who runs the borough along strict party lines.

The authors take a cynical tongue-in-cheek look at British local government politics, as Sharon, Eddy’s long-suffering girlfriend, stands as an independent candidate in the local Knockney council election. Her opponent is a would-be anti-capitalist Rastafarian called Rasta-Blasta, who actually has an upper-middle class background and whose real name is Nigel. I’m not sure the amount of depth included in the debate to become a councillor was entirely relevant to the plot. I wonder if the Sharon versus Nigel contest is included as a bridge to link the satirical left-wing ideology thread to the main story. Is this the point where the two authors juxtapose their ideas?

At times the plot seems a bit convoluted so the reader has to stay alert. The story moves along at pace with the authors employing several literary techniques to enhance the descriptive passages. There’s a lot of dark humour and irony, used to counterbalance the perils in which Eddy finds himself. I very much liked the subtle ‘fourth wall’ nod to the authors’ collaboration, suggesting a story could be built through an exchange of emails.

There is a very clear climax to the story with the main characters all congregating at a party in Las Vegas. The event is ostensibly for a Chinese businessman and it will provide the ideal opportunity for Eddy’s enemies to get even with him. I think it fair to say that the resolution was totally unexpected and will take most readers by surprise!

I thoroughly enjoyed this multi-layered book and recommend it to any fans of action-filled yarns. There are a lot of characters which can be a daunting prospect but with Eddy as the main cog, his foils do well to build a colourful adventure around him. I award a very well-deserved five stars. 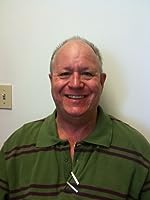 Paul Dalzell is English, married to a New Guinea lady and lives in Hawaii. Dalzell is a retiree, meaning there is no excuse for shirking and failure to write more novels. In his former day job, Dalzell was a fisheries scientist and manager, working from SE Asia to the Pacific Islands. He is a fellow of the Royal Geographic Society.

Gerard Radley (pen name) was born and raised in Northern England. He is a data analyst and software designer specialising in financial markets infrastructure. He is a long-time friend and colleague of Paul Dalzell. The Friends of Eddy Relish is his first foray into fiction writing, which began as an exchange of emails between Paul and him, developing the characters in the book.